iOS emojis For Android: Well!, you landed the right page the guide to get the iOS emojis on android without root and with root your android Phone. lets get started!!!.

Lets See the two working ways to get iOS Emojis on Android.

1. iOS Emojis For Android Without Root

You”ll get the iOS 8,9 and 10 on android without root. If your phone is rooted then follow our next method. I hope you’ll get the iPhone emojis on android from our method.

Step-1: First you need to download the iOS font 3 application.

Note: iOS font 3 is not available in the google play store due to copyright complaint from the apple.

For Samsung and HTC users download the Emoji Fonts for FlipFont 5 from the playstore.

Thats’s all you all done. Now you need to switch the keyboard to the iOS font 3 keyboard in the settings. After done this step you can use the iOS emojis on android without root.

Get iPhone Emojis on Android with root

We so far discussed how to get iOS emojis on android without root. Let we discuss how to get them with root.

Step-1: It is very easy to get iOS emojis on android in rooted device. First of all click the below link to download the emoji switcher application in your rooted android phone.

Step-2: After installed grant the superuser permission to the emoji switcher app.

Step-4: After downloaded iOS emojis, it forces you to reboot your phone to setup the iOS emojis on your keyboard.

After restarting your phone the iOS emojis are available on your android keyboard.

Finally you installed the iPhone emojis for android successfully with our guide. Hope this how to guide help to you. get touch with us to get the latest internet tricks stuff by follow us on facebook. If you failed in anyone of the above steps leave your comments below to get the answer. Thanks for reading. 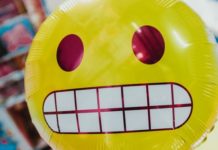